Slides and Q&A of our OCDT user group meeting (16 March 2021) are now available!
What is OCDT?

The OCDT server consists of a front-end web-services processor (using a REST API) and a back-end PostgreSQL database system for the persistent storage of OCDT shareable data. The server is able to support concurrent teams of more than 20 users and synchronising their engineering model content twice a minute or faster. Typically each user would represent a different domain of expertise (discipline).

The package is distributed under an ESA community open source software licence available for use and further development to users that qualify as a member of the OCDT Community. 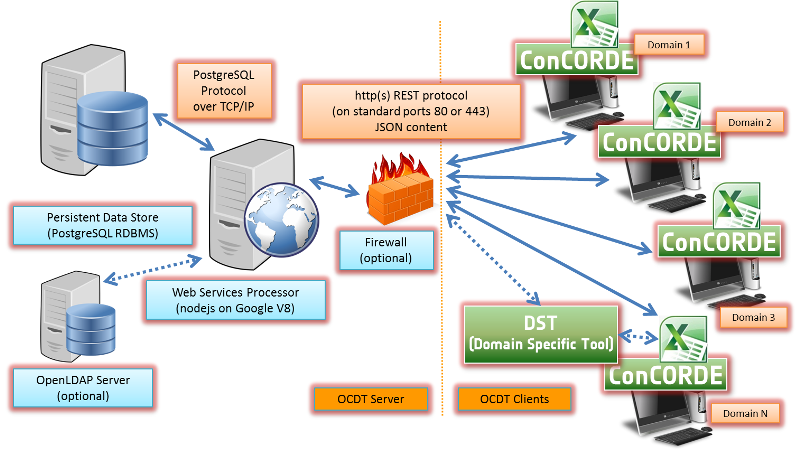 The electronic annexes for the ECSS-E-TM-10-25 technical memorandum are limited to ESA member states only. They can be downloaded via the wiki pages on this portal, supported via ESA Gitlab repositories. In order to get access to those, please request an OCDT portal account and then proceed to the OCDT wiki pages for TM-10-25.

On May 1 2020, the legacy OCDT Community Portal was deprecated. All infrastructure has been migrated to the ESA GitLab to offer better service to OCDT Community members.

All Redmine projects on ocdt.esa.int have been migrated to their own dedicated GitLab Project:

All GitLab projects on gitlab.ocdt.esa.int have been simply transferred to the ESA GitLab.

As part of this migration, all users are asked to request access to OCDT projects on ESA GitLab.